On 9th June, we had first reconciliation meeting with Lumbini Elite Solutions at Labour Commissioner’s office, Bannerghetta Road, Bangalore. The case was regarding non-payment of wages and firing without any process and letters. 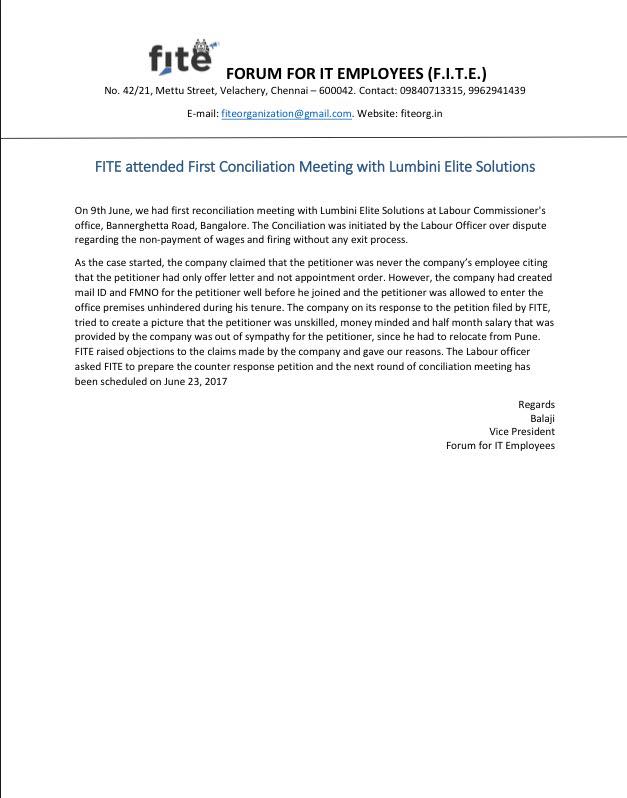