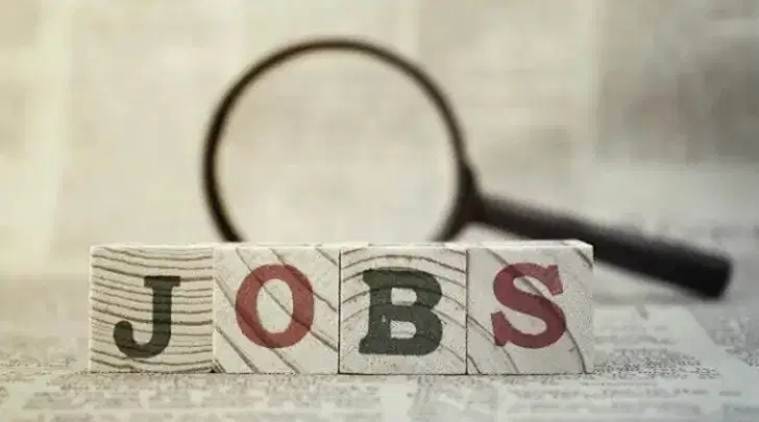 “40,84,000 Indian youth would lose jobs in 2020”—this startling number is no propaganda prediction in any leftwing pamphlet. This is a considered estimate by the Asian Development Bank (ADB) and the International Labour Organisation (ILO), revealed in their joint report on the impact of Covid-19 pandemic on the employment scenario of youth released on 18 August 2020. The title of the report is: Tackling the Covid-19 Youth Employment Crisis in Asia and the Pacific.

An organisation like ILO coming out with such a report is understandable but why ADB, the clone of the World Bank for the Asian region and a premier lending institution in the formal economy, be concerned with youth unemployment? The answer is simple: the current spell of persistent unemployment is not just a social crisis but a major macro-economic malady.

The economy has to function to generate demand for workers. Then only jobs get created. When the economy slips into a recession—or, even worse, into an unpreceedented depression—and registers negative growth for a long spell, the economy would not only not generate new jobs; it would rather shed many of the existing jobs. This is unemployment. No job means no income, no buying power, and so there would be a corresponding decline in the aggregate demand. When the economy is already on a downturn any further decline in domestic demand can only prolong the crisis and delay the recovery. So any stimulus package aimed at stimulating demand to revive the economy should also address unemployment problem as a separate category with appropriate policy-making. In sum, this is the underlying premise of the 42-page ADB-ILO report.

Unemployment is a larger problem that precedes the pandemic though precipitated and aggravated by it and it hurts all. So why focus only on youth unemployment and why track the impact of Covid-19 mainly? The report itself gives the explanation: “Young people’s employment prospects in Asia and the Pacific are severely challenged as a result of the COVID-19 pandemic. Youth will be hit harder than adults in the immediate crisis and also will bear higher longer-term economic and social costs. Before the pandemic, young people were already facing challenges in the labour market. These are worsened by the COVID-19 crisis, and its multiple effects threaten to create a “lockdown generation” that will feel the weight of this crisis for a long time.”

Why youth would be hit harder than adults by the pandemic? Nearly half of young workers in the region are employed in the four sectors hit hardest by the crisis, says the report. These four sectors are the wholesale and retail trade and repair, manufacturing, rental and business services, and accommodation and food services. This is one of the reasons that young people face greater labour market disruption and job loss than adults due to COVID-19. And it is compounded by forced suspension of education and training, which will affect youth’s transitions to and within labour markets and could result in “scarring effects”, as seen in previous crises.

Even before the pandemic the global economy was heading for a recession but the Covid-9 crisis had only precipitated it but aggravated it into a possible depression. The report gives the details: “Even before the COVID-19 pandemic, young people faced numerous constraints in their access to decent work. The Asia-Pacific regional youth unemployment rate was 13.8 per cent in 2019 compared with 3.0 per cent for adults and the global youth unemployment rate of 13.6 per cent. More than 160 million youth (24 per cent of the population) were not in employment, education or training in 2019, and the region’s rates have been rising primarily as a result of the exclusion of young women who face an excessive burden of unpaid household and care work. Four in five young workers in the region were engaged in informal employment – a higher share than among adults – and one in four young workers was living in conditions of extreme or moderate poverty”.

The report further says that the job loss among youth would continue throughout 2020 and could result in youth unemployment rates doubling. Between 10 and 15 million youth jobs may be lost across 13 countries in Asia and the Pacific in 2020 including in India for which estimates were made. These estimates are based on the expected fall in output and consequent decrease in labour demand for the year relative to a non-COVID-19 scenario.

The estimates for India are given in Table 4 on page 21 of the report. The job losses are in India are proportional to the length of duration of the containment measures like lockdown. In case of a long containment for six months stretching from April to September 2020, the report estimates that the total job losses for the year for the youth would be 61 lakhs. If the lockdown were to be lifted by June, under such a shorter containment the job losses to the youth would be 41 lakhs. The pre-lockdown youth unemployment rate in 2019 was 23.3% in India as calculated by the report. In 2020, the youth unemployment rate for the whole year would be 29.5% in case of short containment and 32.5% if the containment extends to full six months upto the end of September 2020. One hitch in these figures is that these estimates are based on the assumption that India’s GDP in 2020 would register a negative growth of –4%. But it is only on the eve of publication of this report that the Word Bank came up with the estimate that India would register a negative growth of 5.1%. Some other private rating agencies have predicted that India would witness a negative growth of –11%. So the actual job loss figures might be much more.

The report recommends that to address the youth employment crisis, governments in the region urgently need to adopt large-scale and targeted responses, centered on (1) comprehensive labour market policies including wage subsidies and public employment programmes, and (2) minimizing the impacts on young students of disrupting their education and training. Effective COVID-19 mitigation measures will ensure that the poorest and most vulnerable youth are reached and that young people are meaningfully engaged in policy and social dialogue.

In more concrete terms, the ADB and ILO propose:

Ø  increasing funds for upskilling and reskilling, especially in growth sectors; and

Ø  investing in digital inclusion for equitable access to education, training and entrepreneurship; and

What was Modi Government’s record in tackling unemployment problem before the pandemic? Modi Government is suppressing latest unemployment data. In this digital age, the latest data on those registered on the live registers of employment exchanges is available on the official site of the Ministry of Labour and Employment only for the year 2017! According to the latest available official data, 424.4 lakh job seekers were registered on the live registers of 997 employment exchanges in the country at the end of December 2017. Out of which 155.2 lakh job seekers registered were women. When it comes to placement, only around 4.25 lakh job seekers were placed through employment exchanges during the year 2017. Exactly 1% was cleared in one year. At this rate it would take 100 years to clear the backlog! This when Modi promised to create 2 crore employment per year during his 2014 Lok Sabha election campaign but only killed 1 crore jobs in 2018 thanks to his stupid demonetisation. The economic slowdown that set in 2019 ate up another couple of crores of jobs. How many more jobs would be lost due to Covid-19 crisis and the economic depression that would follow is anybody’s guess.

In July 2015, the Modi Government integrated around 1000 unemployment exchanges digitally and established National Career Service but it functions as a mere information exchange giving information about vacancies in registered companies and in government services. 1.09 crore job-seekers have registered on this job information portal but in the last five years it could give information about 67.99 lakh vacancies only. But the National Career Service keeps mum on how many people really got the jobs through it. This is the level of fraudulence when it comes to transparency. Anyway, the point here is to show how serious the unemployment crisis in the country already was and how the Covid-19 crisis would aggravate it to catastrophic level.

What is the Modi Government’s record so far in specifically addressing the youth employment crisis triggered by Covid-19? Modi Government made a pompous announcement of Rs.50,000 crore Garib Kalyan Rojgar Abhiyan in the Union Budget 2020–21 presented in February 2020. But it simple vanished from Modi’s supposedly Rs.20 lakh Atmanirbhar Abhiyan speech on 12 May 2020. Finance Minister Ms.Nirmala Sitharaman announced the detailed components of this Atmanirbhar Bharat programme in five tranches between 13 and 17 May 2020. The Garib Kalyan Rojgar Abhiyan relabeled as Garib Kalyan Yojana announced as part of tranche 1 did not have a single provision for employment support.

As part of tranche 2, the Finance Minister announced 2% interest subvention to Mudra-Sishu loanees who had taken loans upto Rs.50,000 that would cost Rs.1500 crore only. Why not announce total loan waiver for Mudra and SHG women?

The only major announcement relating to employment support was additional provision of Rs.40,000 crore for MGNREGA. Considering the drastic curtailment of this programme in the earlier years of Modi regime even this much extra allocation would not enable it to recover back to its peak levels of the past in terms of total number of days of work allotted.

Unemployment allowance and unemployment insurance to youth who have lost the jobs or those who have not yet got a job could be the most meaningful support measures to the unemployed youth. The only unemployment insurance scheme of the Modi Government for the workers is the Atal Bimit Vyakti Kalyan Yojana introduced on 1 July 2018 and operated through the ESIC. The scheme is such a tokenist paltry scheme providing unemployment benefit only for 90 days to the tune of 25% of the last drawn salary. No wonder, till September 2019 only 58 workers had availed Rs.4.53 crore under this scheme! The lockdown would continue in containment zones in some States till September end starting from March in some form or other but the workers are entitled for unemployment insurance for 90 days only! There is no unemployment allowance for youth waiting for jobs on the live registers of unemployment exchanges either. Even if the Modi Government offers Rs.1000 as relief per month for 10 crore people for 1 year that would cost the exchequer Rs.1.2 lakh crore only which is exactly half of the tax waivers Ms.Nirmala announced for the corporates. But the government is not ready to go beyond jumlas in offering real employment support.