Sign in
Home Industry News Working from home is becoming a curse for millions and not a blessing – B.Sivaraman 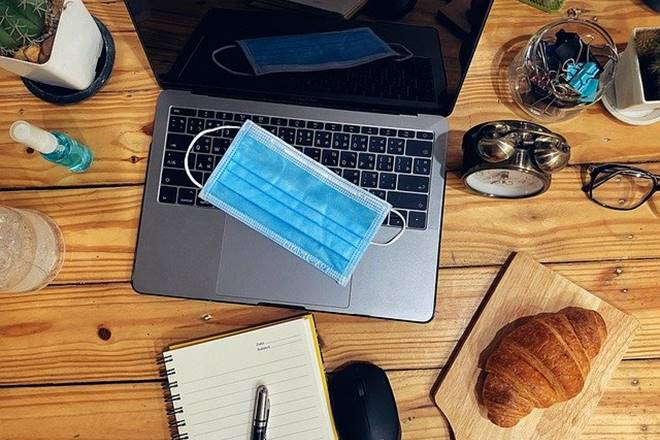 Work-from-home. This is a widespread phenomenon coming up on a large scale in many service sectors under the Covid-19 lockdown. Is this  a blessing or a curse?

Many used to think that this is a big advantage. An employee can save 3 to 4 hours commuting time and cost. Parents can spend more time with the children. There can be flexibility in work. One can take a nap in between and combine house work with office work. Young women employees can avoid work spot sexual harassment and bullied breathing down their necks. You can plan your lunch time and tea time as you please. If you get exhausted, you can get up and take a short walk, or lie down for some time or do some aerobics. You can listen to your favorite music while working. Above all, you can maintain social distancing while avoiding commuting to work and avoid working in a crowded workplace in Covid times. There are obviously many advantages. Still, for millions it is proving to be a curse.

The reality of work-from-home is not known to many people including those in the media. From big names like Infosys and TCS to smaller BPOs and start-ups, many brazenly violate law and exploit workers almost to the breaking point. Says a young systems engineer: “In the IT sector those who were working 9–10 hours a day are now working 12–14 hours a day without any breaks and even on weekends. Everyday 2–3 meetings are held lasting more than an hour each and they are invariably held according to the convenience of the bosses, starting from 8 a.m. in the morning to 10.30-11.00 pm at night. This is because most of the Indian companies do job orders for foreign companies and they work according to their time zones. Managers keep making phone calls at odd hours too forcing employees to do odd jobs besides their project work. The work allocation is always time bound and the employees are under such pressure that there is no time to cook so they often skip meals, which is bad as it will affect the immune system during Covid-19 times”.

A senior IT executive echoes her younger colleague: “Management greed does not change with Covid, so this means everyone has to work twice as hard to maintain the revenue targets and numbers which the management has promised the board or the capital markets.

“There are constant calls from 8 a.m. to 8 p.m. as no one is going out. There is no time to relax or look after kids who are at home. Also, video calls are becoming the norm and this is intrusive, especially at odd times. There is no effort from companies to make things comfortable working from home by providing e.g. ergonomic chairs, better monitors, faster Internet connections etc.

“Pressure is high even for seniors to achieve numbers. Even they sleep only 4 hours a day. As their annual increments and perks are decided by their performance, they want to show off at the expense of those who do the real work. Most of the managers are stupid, boring and arrogant people, just chasing numbers. They don’t address the problems faced by the workers.”

A NASSCOM paper, released on 5 May 2020 says, “Today, 90–95% of the 4.36 million Indian technology workforce has successfully transitioned to a work-from-home model, a remarkable achievement making it possibly the largest work-from-home scale project anywhere in the world”.

A Hyderabad-based techie says every project is time-bound and the lower managers want to show off that they could get the teams under them to deliver on time. Work is mostly a team affair and often the performance is defined by the lowest performing member of the team. IT industry is supposed to represent modernity but the workers are treated like chattel slaves and the inter-personal relations between the managers and the employees are undemocratic and uncivilized.

Ms.Parimala Panchatcharam, a former Infosys techie and presently the President of the Forum for IT Employees (FITE), the union for IT workers, which is handling many industrial disputes and court cases of IT employees says, “Nandan Nilekaani and Narayan Murthy are highly respected big names in the society. But the corporate criminality engaged in by the high-profile companies under their leadership makes them no different from Billa and Ranga. Pregnant women and even young girls are forced to work from morning 8.00 am to night 1.00 am or even 2.00 am. We have taken screenshots of the log in and log out records and compiled evidence and are exploring the options for moving a PIL in the High Court to bring these big crooks to book”.

“Actually, 8-hour work is for factories and IT industries are not covered by the Factories Act but by Shops & Establishments Act, which are different in different States. Tamil Nadu act lays down 8-hour work but in Karnataka it is 9 hours and there is no provision for overtime in some States. We are going to demand law amendments for uniform 8-hour work in all State and overtime provision. Earlier employees used to hesitate to act against the managements. Now since many are forced to the point of quitting because of unbearable work, they are approaching us for some action and we are preparing to file claim petitions in the labour court demanding back wages for high hours of unpaid work. There is a sure undercurrent of radicalization among IT employees and tech workers not only in Chennai and Hyderabad but also in Pune and Bangalore. Dozens are contacting us and there is a new demand for radical anti-capitalist literature. You will soon see the manifestations of that”.

Parimala adds that work-from-home would be the norm for the future even after the Covid-19 crisis passes over. NASSCOMM has predicted that more than 50% of the IT work of future would be performed at homes as the productivity in work-from-home is higher during the lockdown period and managements can save a lot in terms of cost. In the assessment of her union, this has come as a revelation for the IT majors and they might convert majority of their workforce into gig workers in the coming days. She feels the government should come up with norms to protect the interest of workers.

Not only private IT companies, work-from-home is becoming the norm for government employees as well. Half the work of the government is supposed to be done by employees from home during the lockdown period. The Department of Personnel and Training (DoPT) has come up with Draft Guidelines for Work from Home but it fails to address the real challenges faced. Ilango Subramaniam, a retired government official and a leader of one of their associations says, “In most of the Central government offices under almost all the ministries work-from-home has been introduced but practically no work from home is being carried out. There are no clear instructions in this regard and so everybody is pretending that they are working. Actually the dead work is going on and in the internal parlance in government offices dead work means the least important work.

“When it comes to work-from-home, to perform work so much data needs to be accessed online and what is accessed by a Deputy Secretary should be accessed by a Section Officer as well. Without ensuring a decentralised access, no work from home is possible. But most of the offices or ministries do not have a secured communication network except PMO and departments relating to nuclear power, defence etc., which have secure Virtual Private Network (VPN). In the absence of a secured VPN network connecting employees’ homes, most of the top bureaucrats hesitate to permit their subordinate staff to have access to sensitive data. Modi Government doesn’t understand the intricacies and is merely asking DoPT to issue a set of vague guidelines but this won’t work. So it will be a holiday during the lockdown and overwork after the lockdown for the employees and this is nothing but shortsightedness. The government should apply its mind and evolve proper norms, whether in the private sector or government sector,” he adds.

$15 per hour wage hike is because of US Amazon workers struggle, not from the kindness of Amazon