“Present Crisis in IT Industry” IT Workers Conference Resolutions 2017 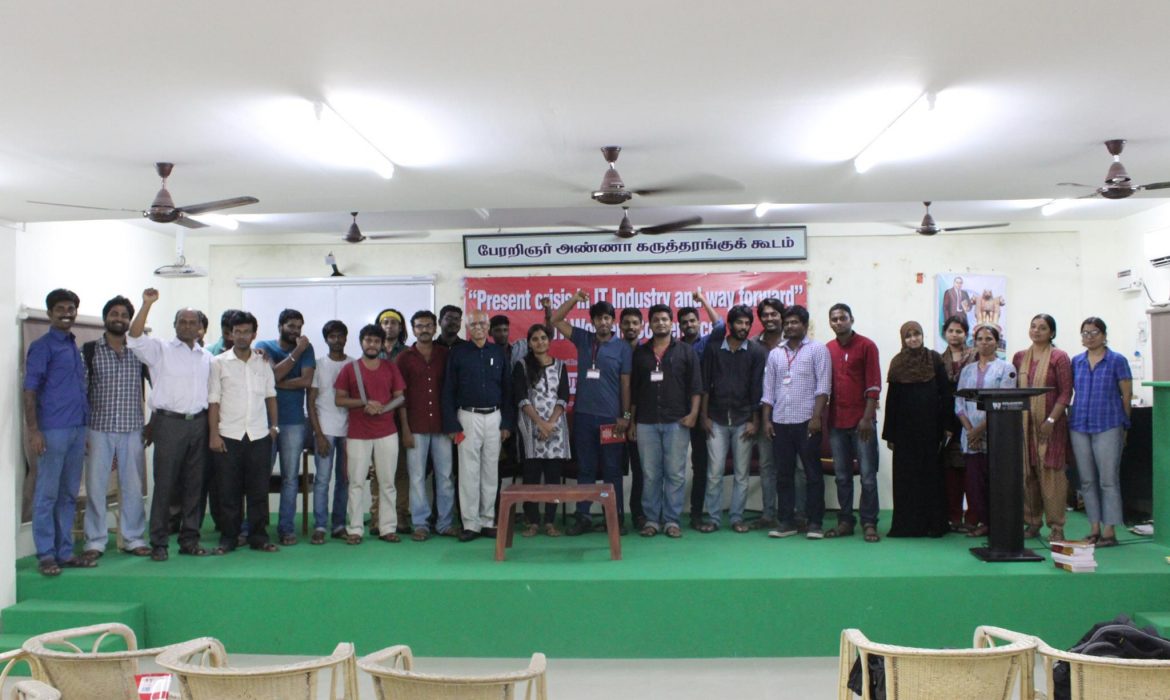 A first of its kind IT Workers Conference, “Present Crisis in IT Industry and the Way Forward” commenced successfully (17, 18 June -2017). FITE office bearers (total 11 ppl) including President Parimala, General Secretary Sathish along with the below mentioned delegates participated in the conference.

1.The two-day IT workers conference unanimously concludes that Indian IT &amp; ITES sector is moving towards technocratic business model which sacrifices human labour to automation (Artificial Intelligence, Robotics, Cloud Computing etc.,). It is as usual a profit-oriented move of the industry which when combined with the global economic crisis will lead to mass job cuts in the next few years. At a time when unemployment is growing in the country, mass job cuts in one of biggest service sectors will lead to an economic crisis and social unrest. So, the government should intervene immediately to come up with a strategy to safeguard the employment of IT workers by all means.

2.The global economic crisis which has adversely impacted the outsourcing model prevailing in the IT and ITES industry has its roots in the unsustainable neo-liberal economic policies of the State. This conference urges the Stateto make its economic policy worker-centric and people-oriented.

6. According to All India Council of Technical Education (AICTE), more than 60% of the engineers graduating from technical institutions across the country every year remain unemployed. These unemployed engineers have become the reserve workforce of the IT/ITES sector which aggravates the exploitative working conditions of IT workers. So, the conference urges the central government to create more jobs for the unemployed graduates as promised by the Prime Minister.

7. Social Inclusion of depressed castes (SC/ST) is to be ensured. At present it is less than 5% of the work force. This conference therefore urges the Government to implement the reservation policy in all private sector industries including IT &ITes.

8. Taking into consideration, the various concerns of women workers in the IT and ITES sectors including the discrimination that they are subjected to on the basis of their pregnancy/marital status and their being forced to work in night shifts even when they do not wish to, there is an urgent need to ensure gender justice in IT and ITES establishments. The existing laws to protect the rights of women employees at the workplace including thePrevention, Prohibition and Redressal ofSexual Harassment of Women at Workplaces Act, 2013(POSH Act) and the Maternity Benefits Act as amended should be strictly implemented. Internal Complaints Committees must be constituted in all establishments in accordance with the provisions of the POSH Act.There should be flexible work arrangements for women workers during the time of pregnancy/menstruation/breast feeding. Crèche facilities should be established within the company premises. Women must be deployed in night shift only with their consent. Discrimination of women workers based on pregnancy/marital status in the matter of pay hike, promotion, project assignments etc.should be stopped.

9. We strongly condemn the State persecution of automotive workers in Maruti-Suzuki (Gurgaon) and Pricol (Coimbatore) who are viciously punished with life imprisonment for merely demanding their right to unionise.

10. We express our solidarity with sanitary workers who are struggling for permanency and TN Transport Workers who have not been paid their terminal benefits.

11. In the last 2 years, there have been various attempts to introduce Anti-worker amendments to the Labour Laws and in some states such as Rajasthan and

Maharashtra, these amendments have already come into effect. This conference demands that such anti-worker amendments be repealed.

12. We stand in solidarity with the demand of students for access to free and inclusive education for all and oppose the commercialization and communalization of higher education at the behest of WTO and World Bank.

13. We stand in solidarity with farmers and agricultural workers who are bearing the brunt of the agrarian crisis and are struggling to even meet their basic needs.

Moments from the conference

Sanjay Singhvi’s speech about “PRESENT CRISIS IN IT INDUSTRY”

CP KRISHNAN’S speech about “PRESENT CRISIS IN IT INDUSTRY” 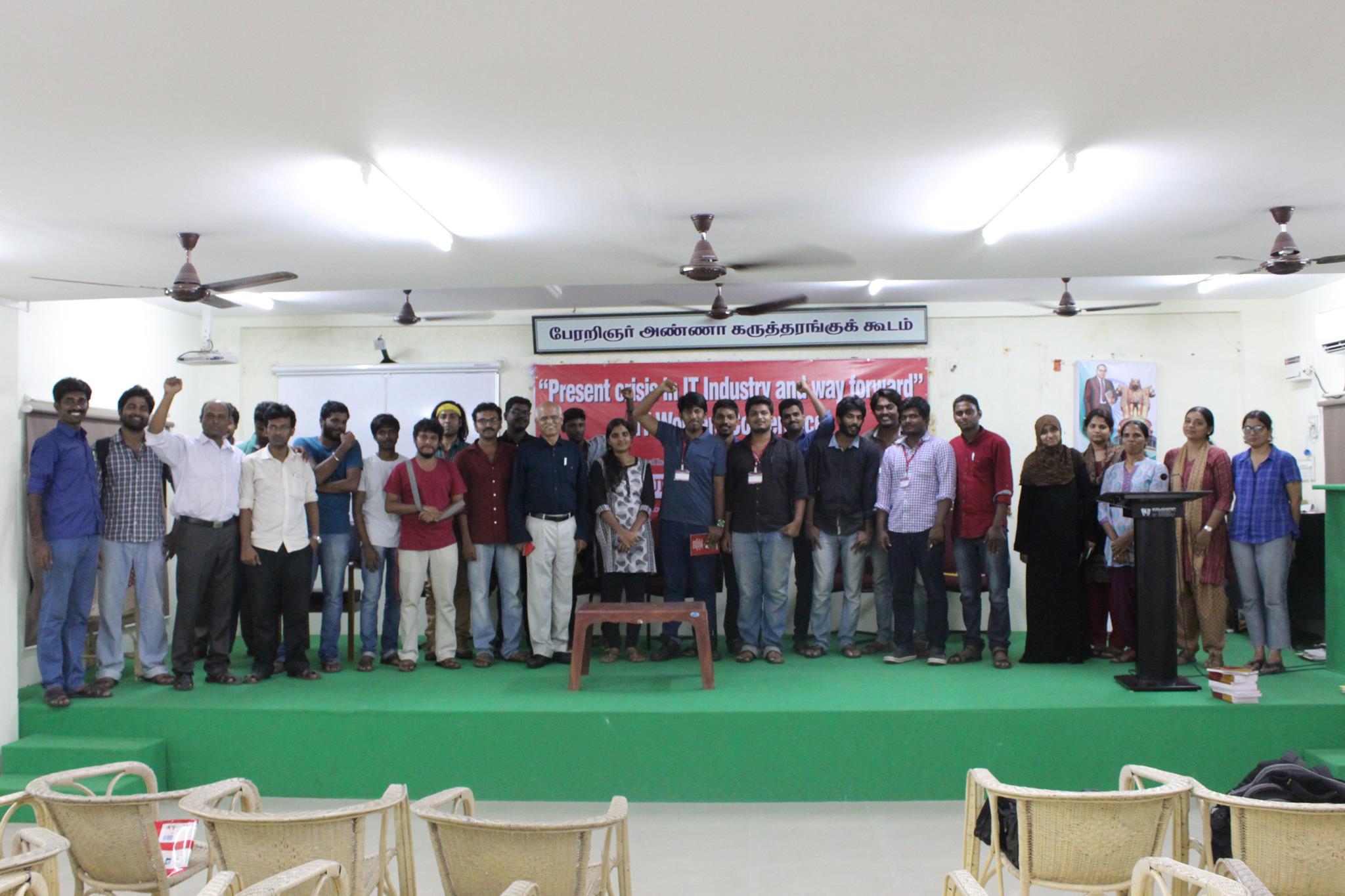 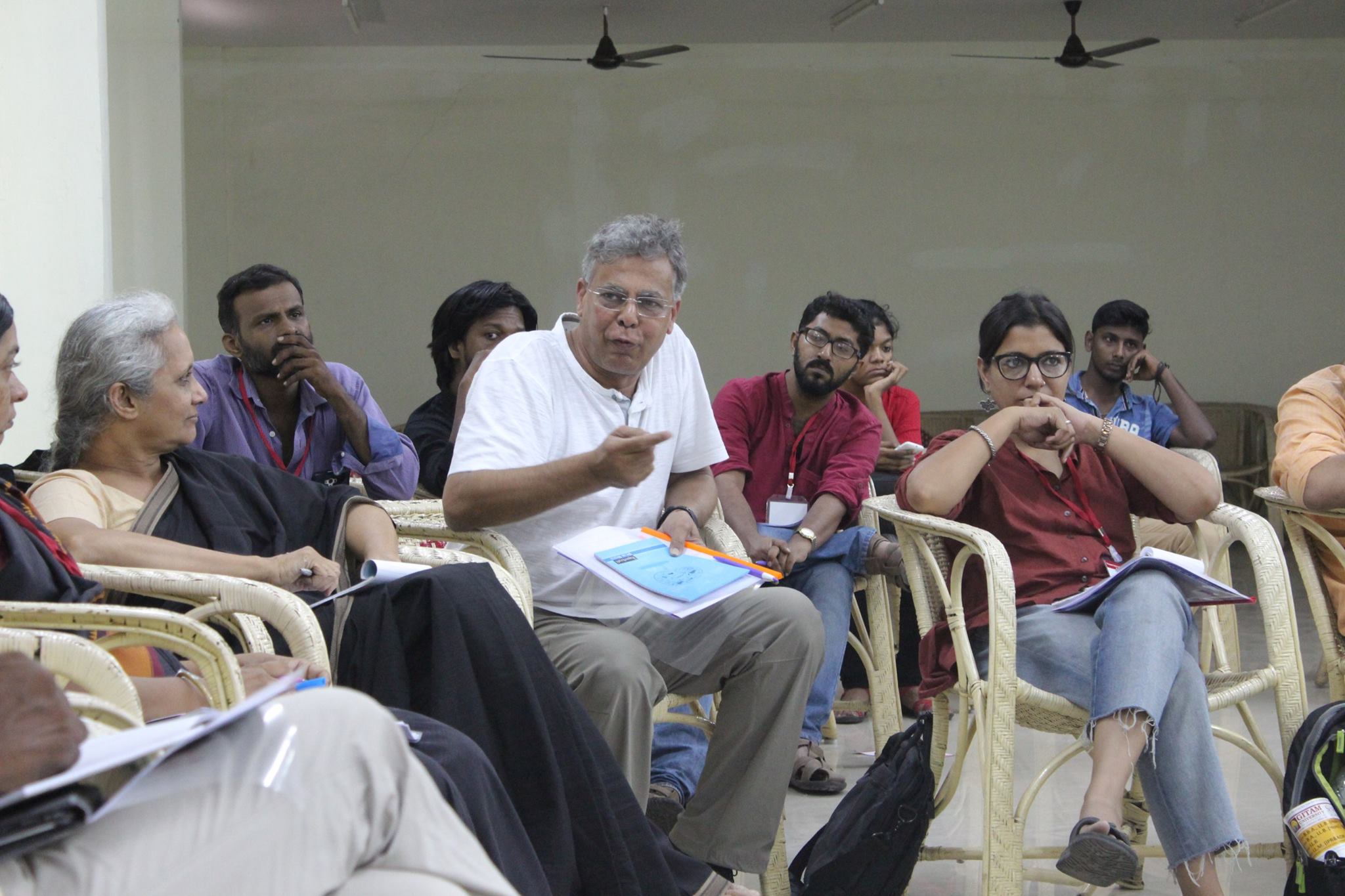 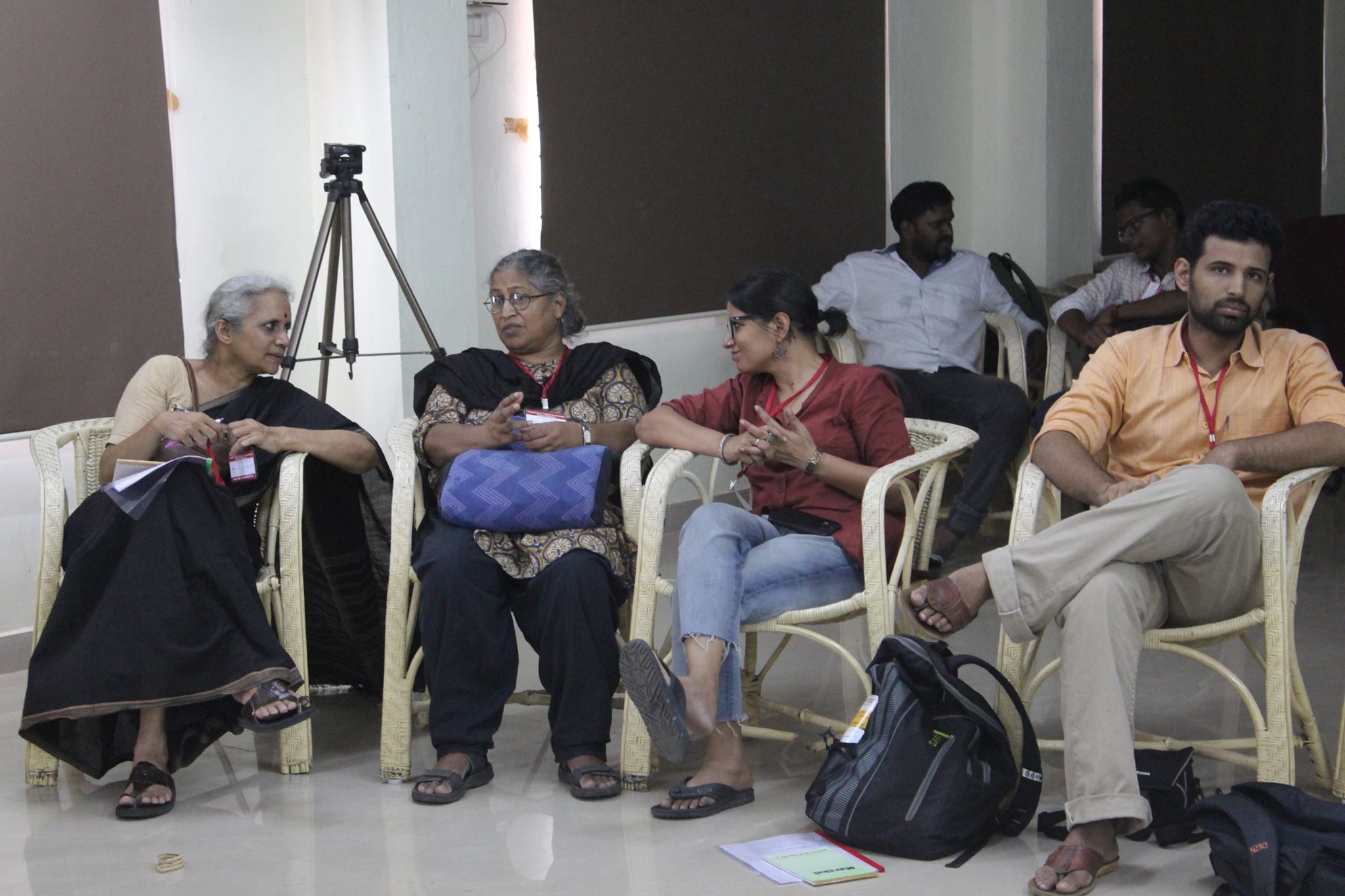 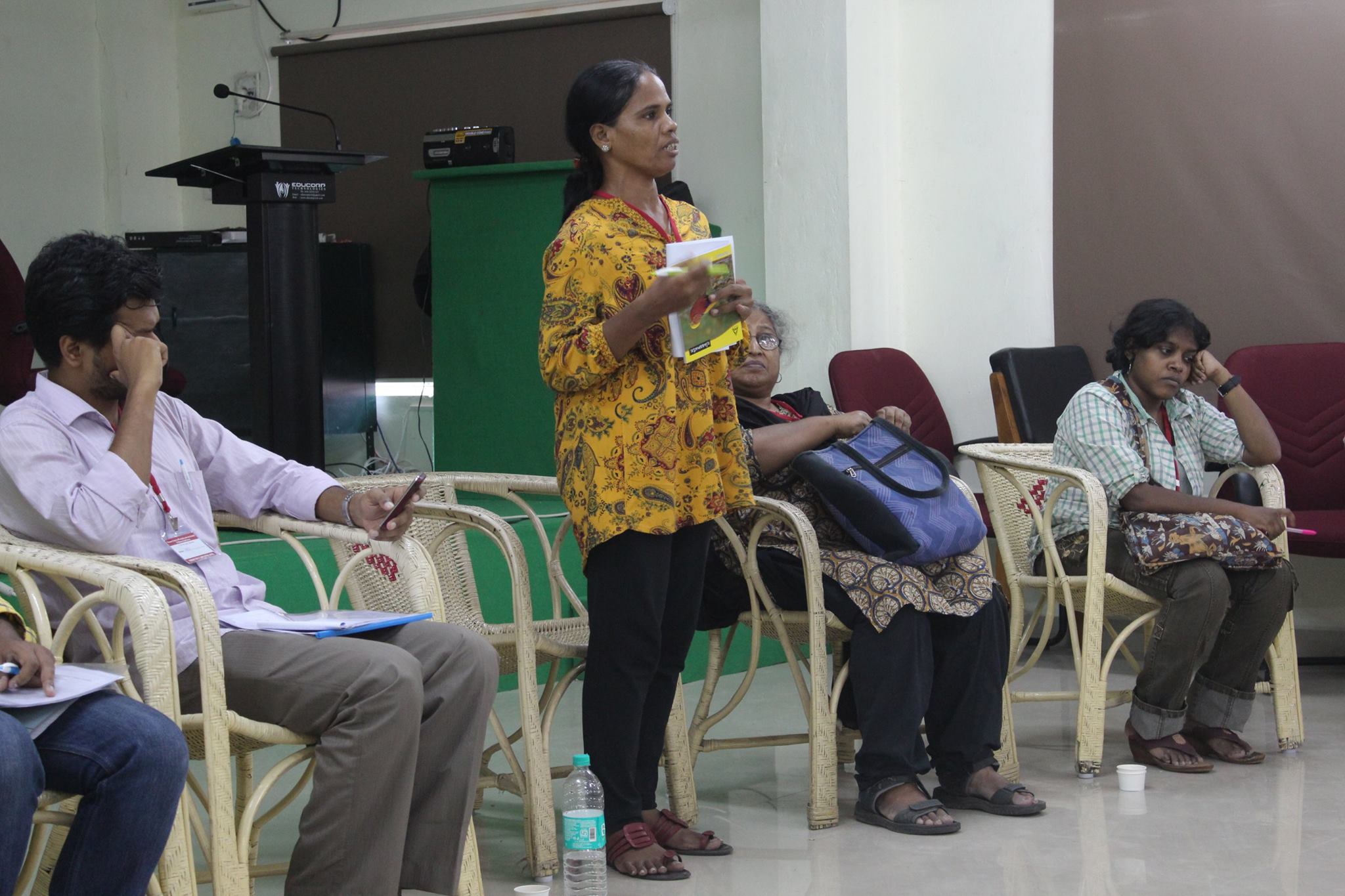 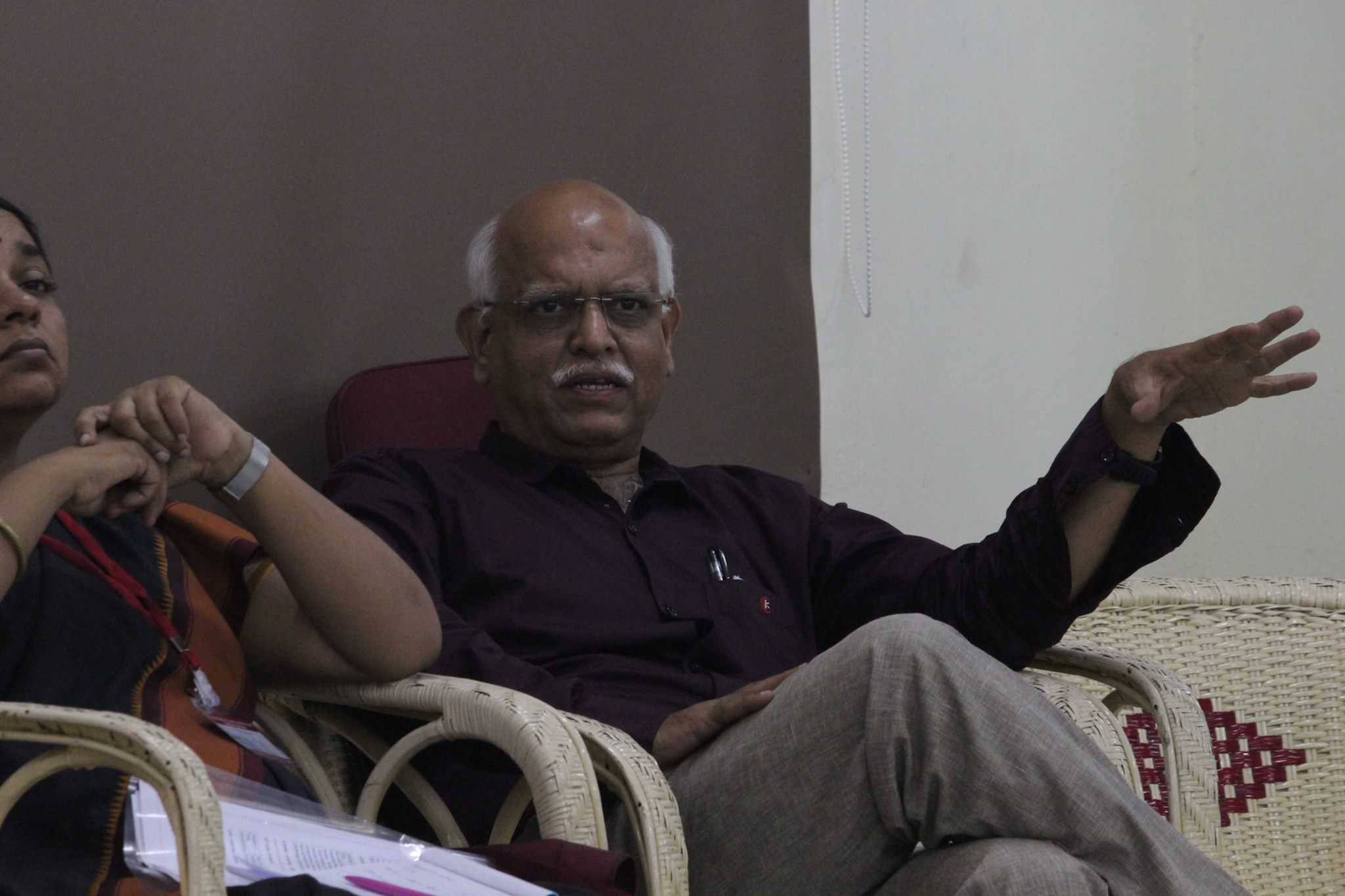 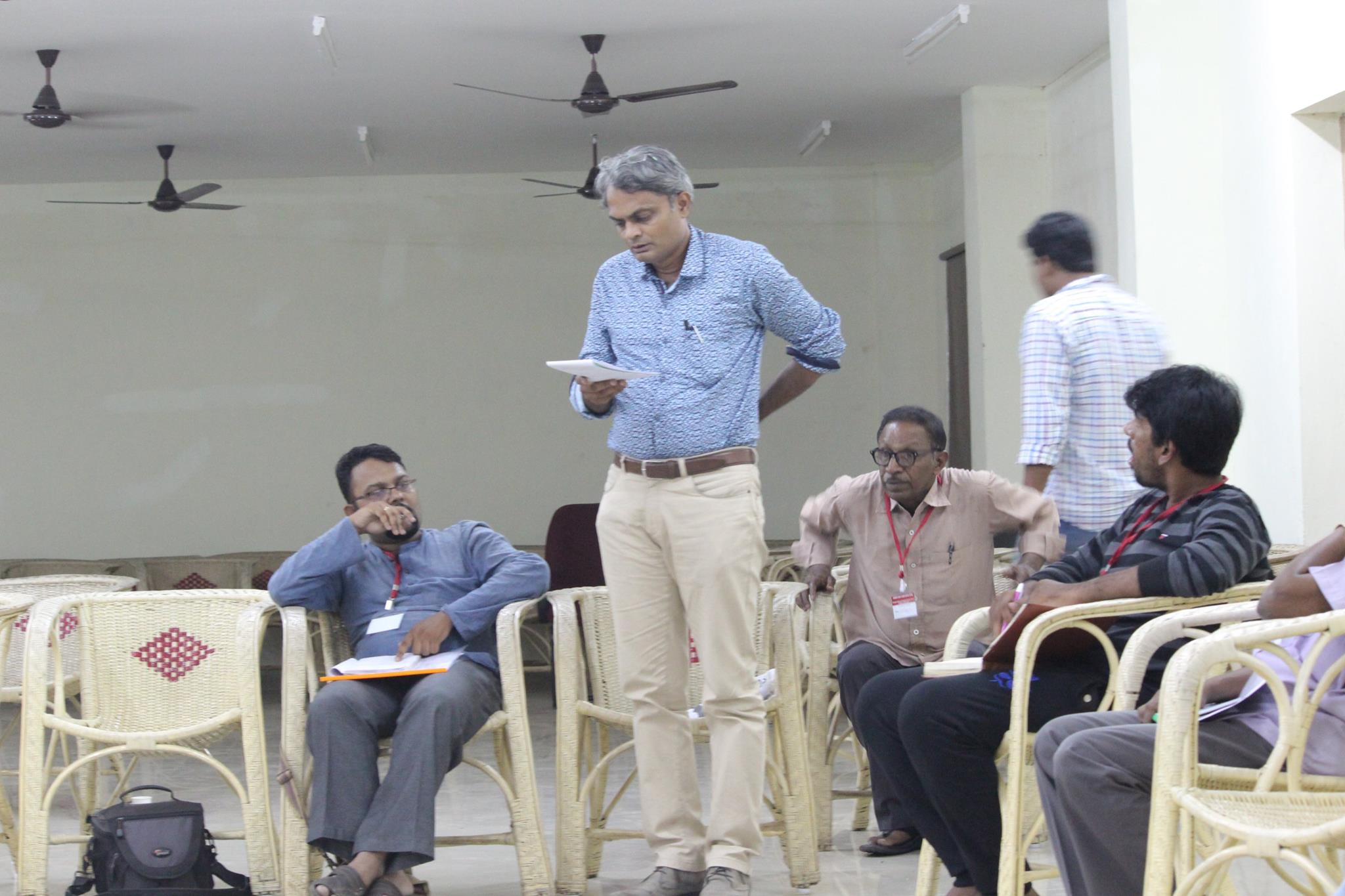 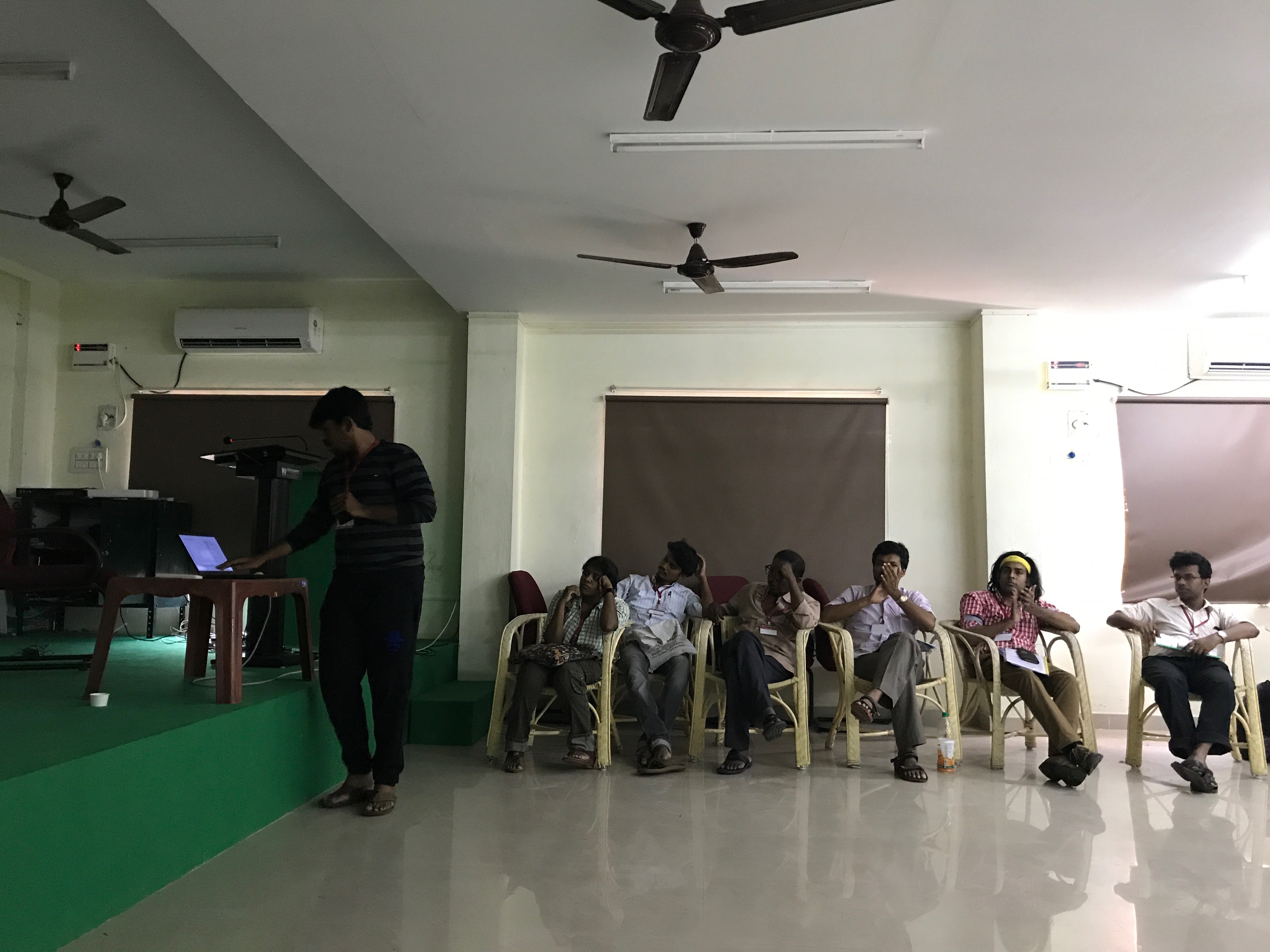 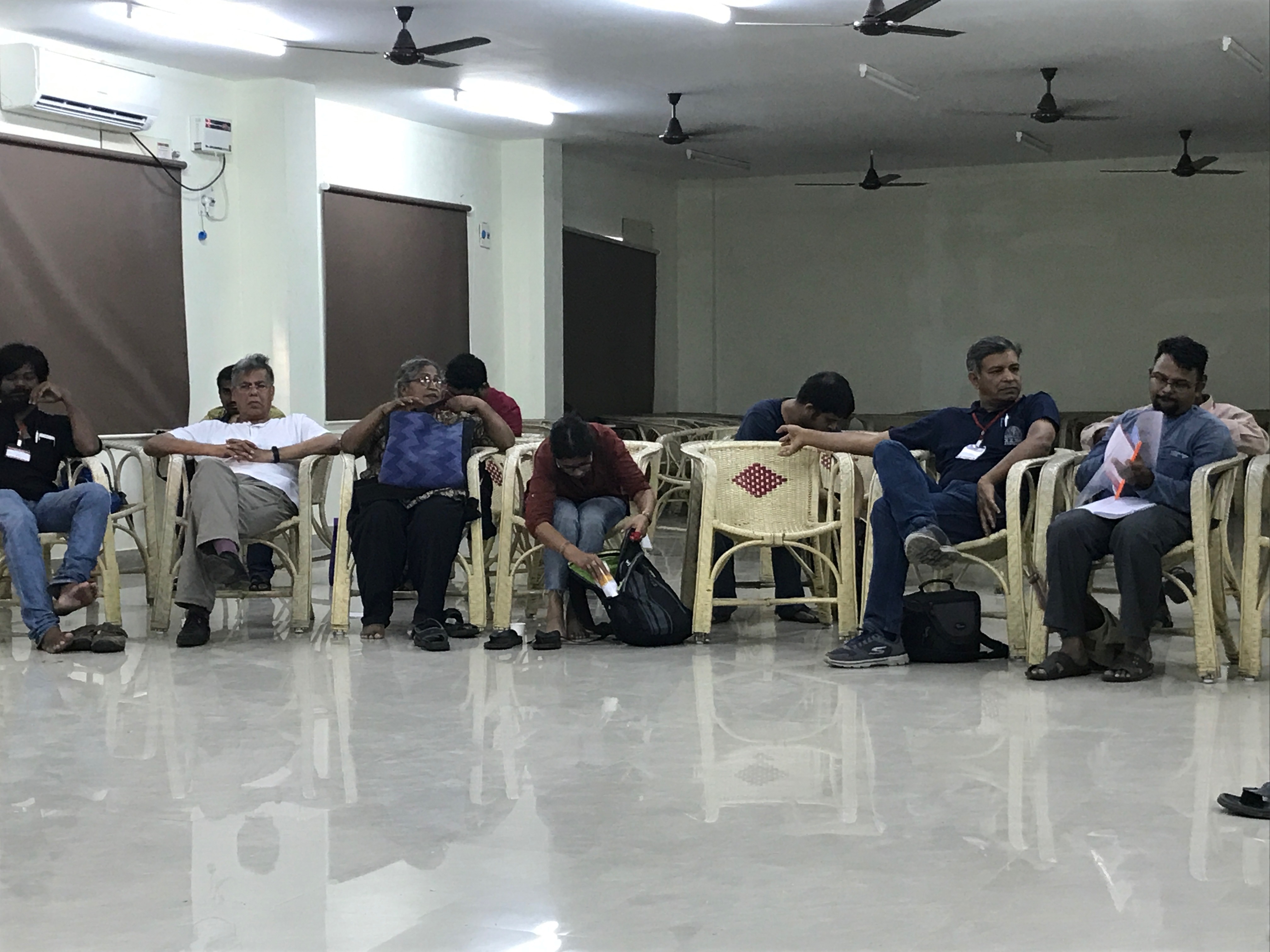 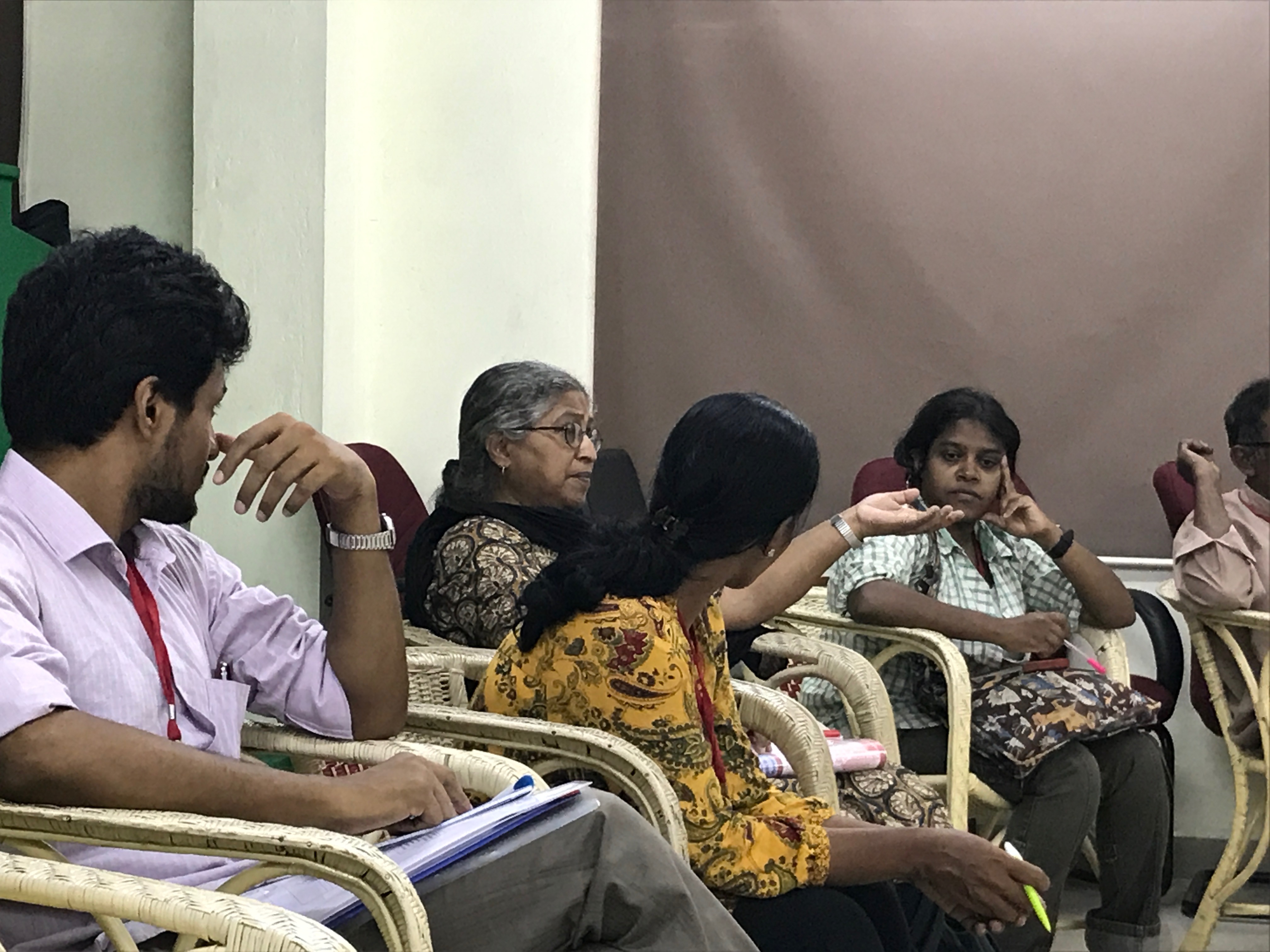 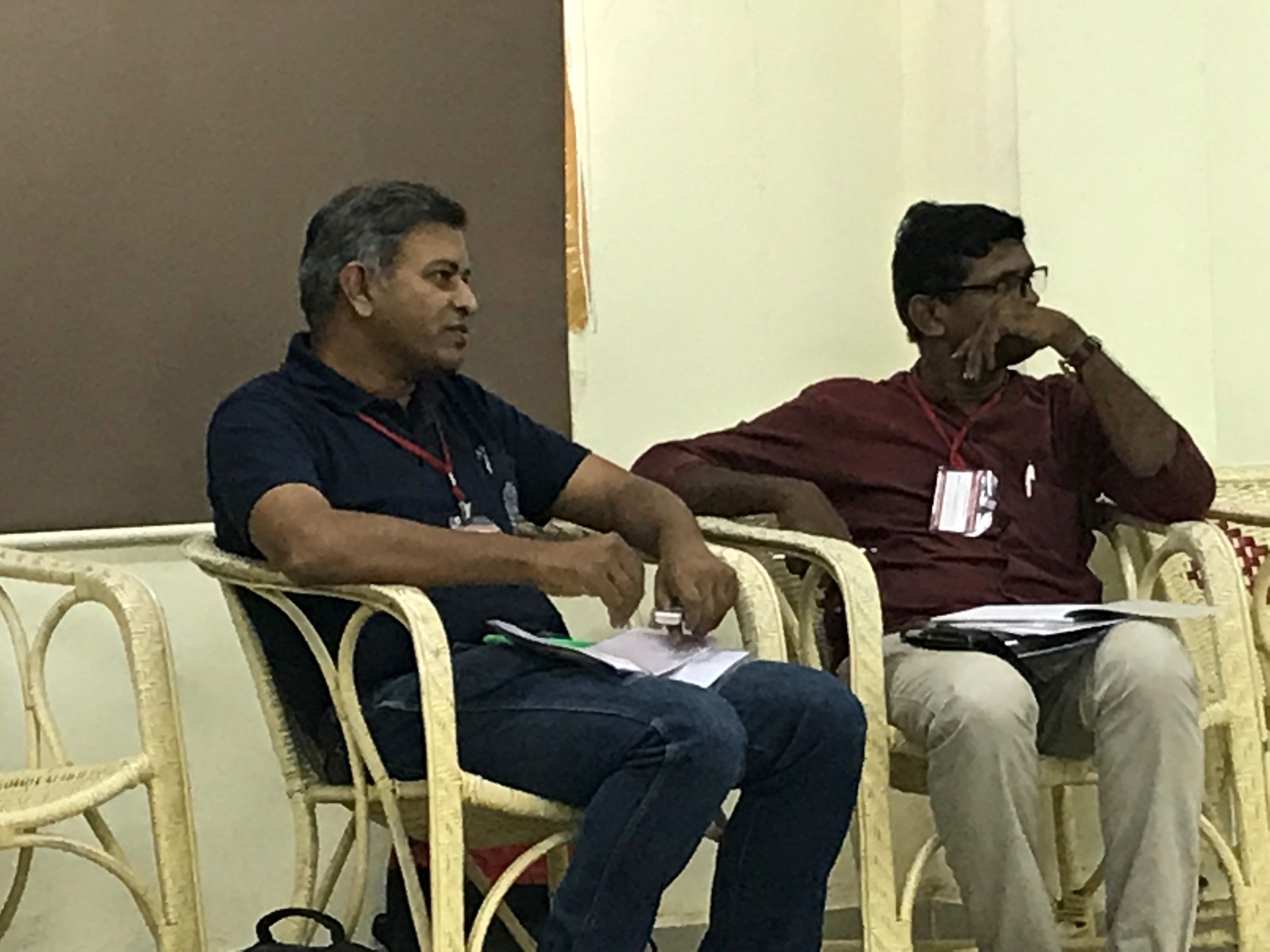 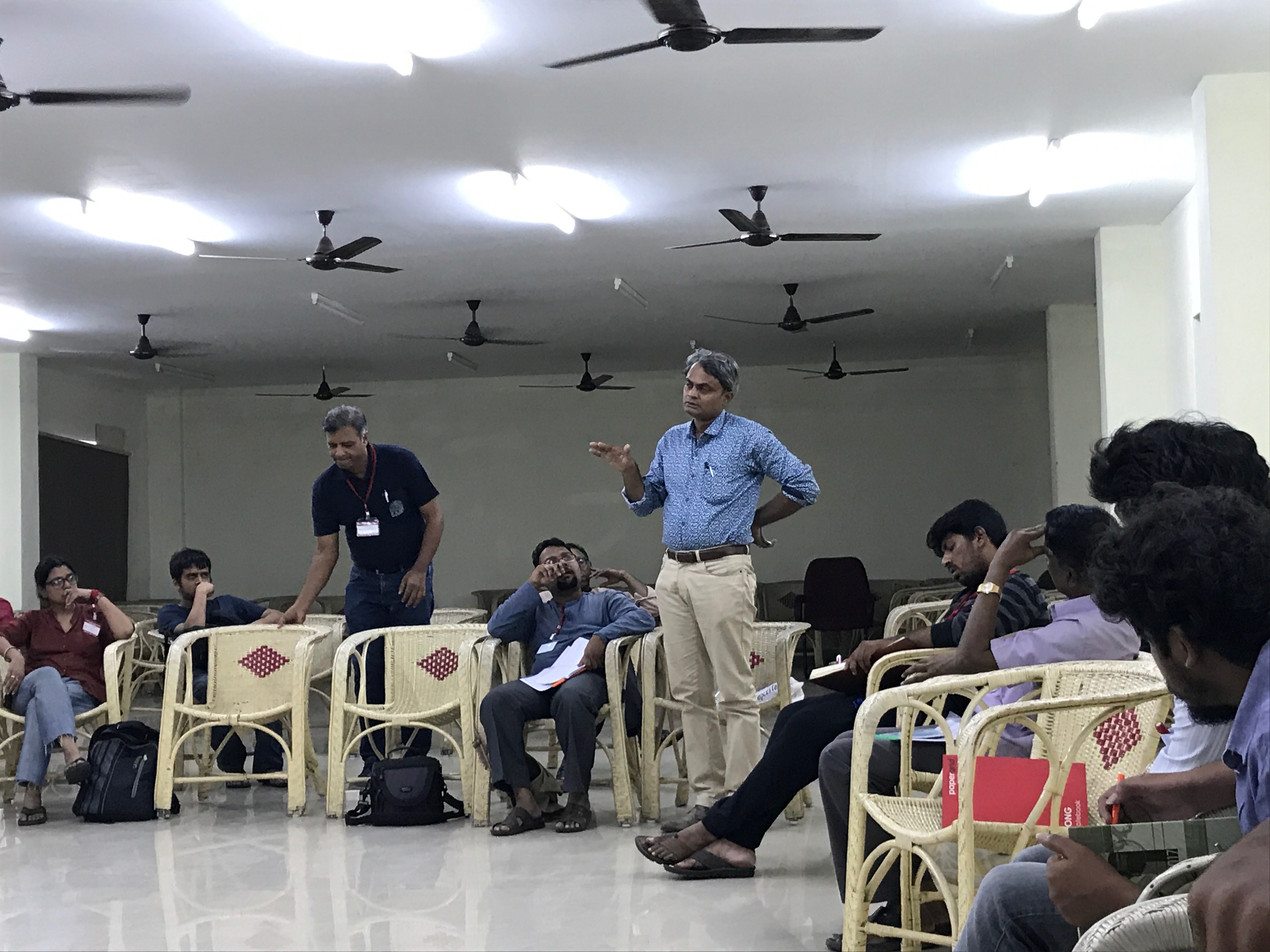