Sign in
Home Activities Worker’s day: What does it mean to us? – Conference

Worker’s day: What does it mean to us? – Conference 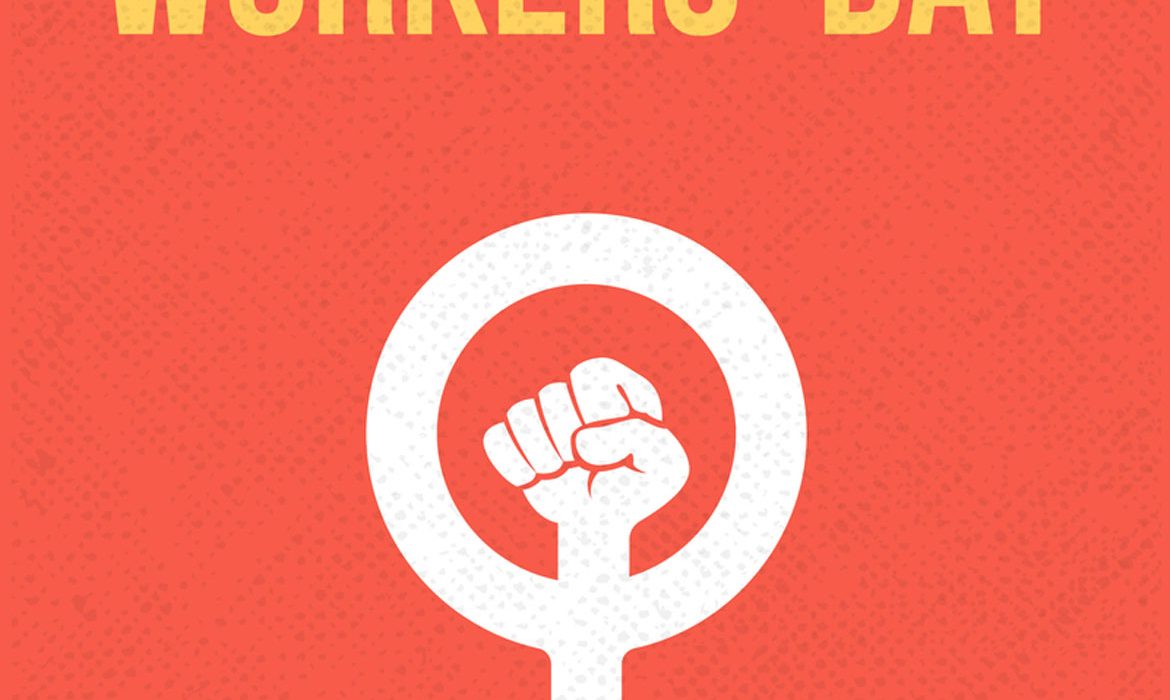 May 1st is International Workers’ Day – a day to celebrate the achievements of workers; a day to remember the historic struggle of working people throughout the world. It was linked to the eight-hour day movement, where in the olden days people had to “fight for eight hour a day work”. They were initially forced to work for 10 to 16 hours a day and at least 6 days a week.

Trade unions were formed by the workers who could no longer bear this kind of exploitation. It is because of these trade unions and several protests in 1800s and 1900s across Europe and India, we now enjoy a lot of rights that have been granted to us by the constitution of India.

Be it 8 hours work timing or 5 days a week of work or any other benefit that we enjoy currently regardless of which industry we are in, either manufacturing industry or IT industry, it all roots from various hard battles that have been fought by various trade unions to secure themselves from severe exploitation.

The constitution has granted us many rights including the “Right to associate” and “Right to form trade unions.” Such rights help in shielding us from the mindless exploitation by our employers in their run for more profit. But things started changing in the beginning of 90s in the name of LPG (Liberalization, privatization and globalization).

It was portrayed by many politicians and bureaucrats that LPG created lot of opportunities for development. But this is only an illusion. In reality, LPG has indeed created more problems than it solved in this society. It created more jobs – Yes, but only unreliable jobs, like IT industry. Additionally, it collapsed organized workforces.

One major thing globalization did was to convince our government to Special Economic Zones (SEZs), where corporates get more profit and exemptions, and labours (associates) get nothing. Rather the employees are banned even their basic rights – like 8-hour work day or forming trade unions.

Why are we not given even our basic right? Because, the IT industry doesn’t have a proper trade union to collectively fight for the rights of employees in India. This situation must be changed to safeguard our rights.

The absence of trade unions explains various mal practices across the industry and it is very evidently seen in the IT recession, which hit back in 2008. It hasn’t changed even now. Some of the big corporate giants like IBM, Cisco, Dell, TCS, CITRIX and so on, who are more motivated in gaining profits has decided to lay off a chunk of their employees without citing proper reasons, and not giving proper compensation. The employers took us for granted as they were aware that we are “not united” and we “cannot” question our right.

The scenario is not the same anymore.

WE stood united and questioned the illegal retrenchment that TCS carried forward to fire thousands of its senior employees who have worked day and night for increasing the revenue of TCS. Our united strength formed the union for IT employees – Forum for IT Employees (FITE).

FITE questioned the illegal retrenchment that happened in TCS. Many more IT employees joined hands with FITE to protect the rights of IT employees. TCS has stopped the termination process now. This is the power of unity.

This is just a start. We need to learn a lot from the history of labour struggles to keep us aware of the strategies followed and fight to escalate ourselves to the next level.

Come! Let us Meet at the Conference on 16th May and hear from Trade Union Veterans!

If we are not given the right, let’s demand for it.