Some of the affected employees and FITE members went to the office of the Commissioner of the Labour Department and met Mr.Naresh kumar, Deputy Commisioner of Labour Department, Renga Reddy district. FITE explained the situation happening in TCS, especially in Hyderabad office and also the campaign and the Forum for I.T Employees (FITE). He immediately called the H.R Manager,  Mr.Krishnaprasad of Hyderabad TCS and told him that some TCS employees have come and are claiming that some illegal layoff is going on in TCS. He asked the HR manager to give him a written statement about this layoff by tomorrow (January 6, 2015) 4 PM. The H.R. Manager told the Deputy Commissioner that all the employees who received the letters are ‘under performing’ and it is a usual activity that happens every year through our appraisal system. The Deputy Commissioner asked him in turn, how many people have been given the termination letter in the last one month? The HR said that around 1000 were given the letter.Our TCS employees explained the Deputy Commissioner that they are not under performing. They also explained that even the employees who came under the A,B,C band also got the termination letter. They stated that TCS doesn’t have any proof to say that all the terminated employees were under performing.

The Deputy Commissioner asked the employees to give the complaint in written format, so that he can question the TCS management from the Labour Department. Tomorrow  (January 6, 2015) morning, the affected TCS employees are going to give a written complaint to the Deputy Commissioner.Our FITE members in Hyderabad have scheduled a meeting to discuss about it at 5 PM today near Biodiversity park, Hi Tech City, Hyderabad.

We will keep you posted further updates as and when available. 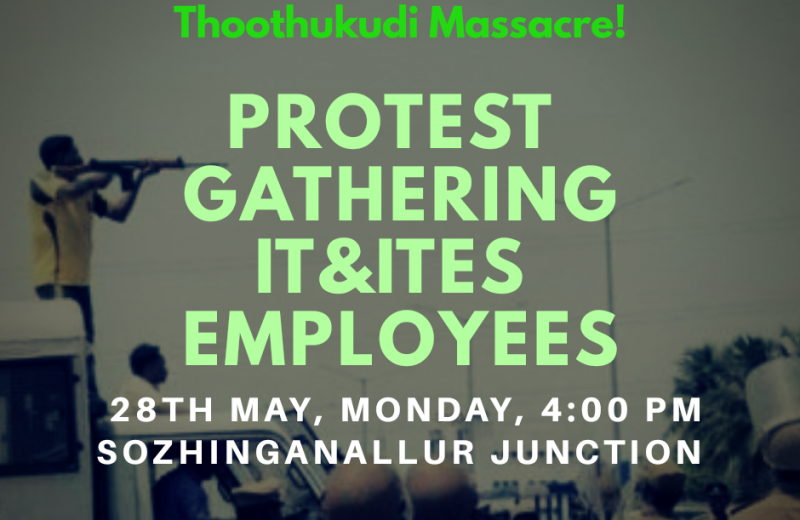