The Tamilnadu govt did not handle this wage hike protest properly. Instead it has involved police and arrested the AICCTU union leading people including Com. Govindaraj, AICCTU, General Secretary with false cases and put them in Jail.

Strike is legal right ensured in the labor laws and police does not have any role in labor disputes.

So, FITE urges the Tamilnadu govt, 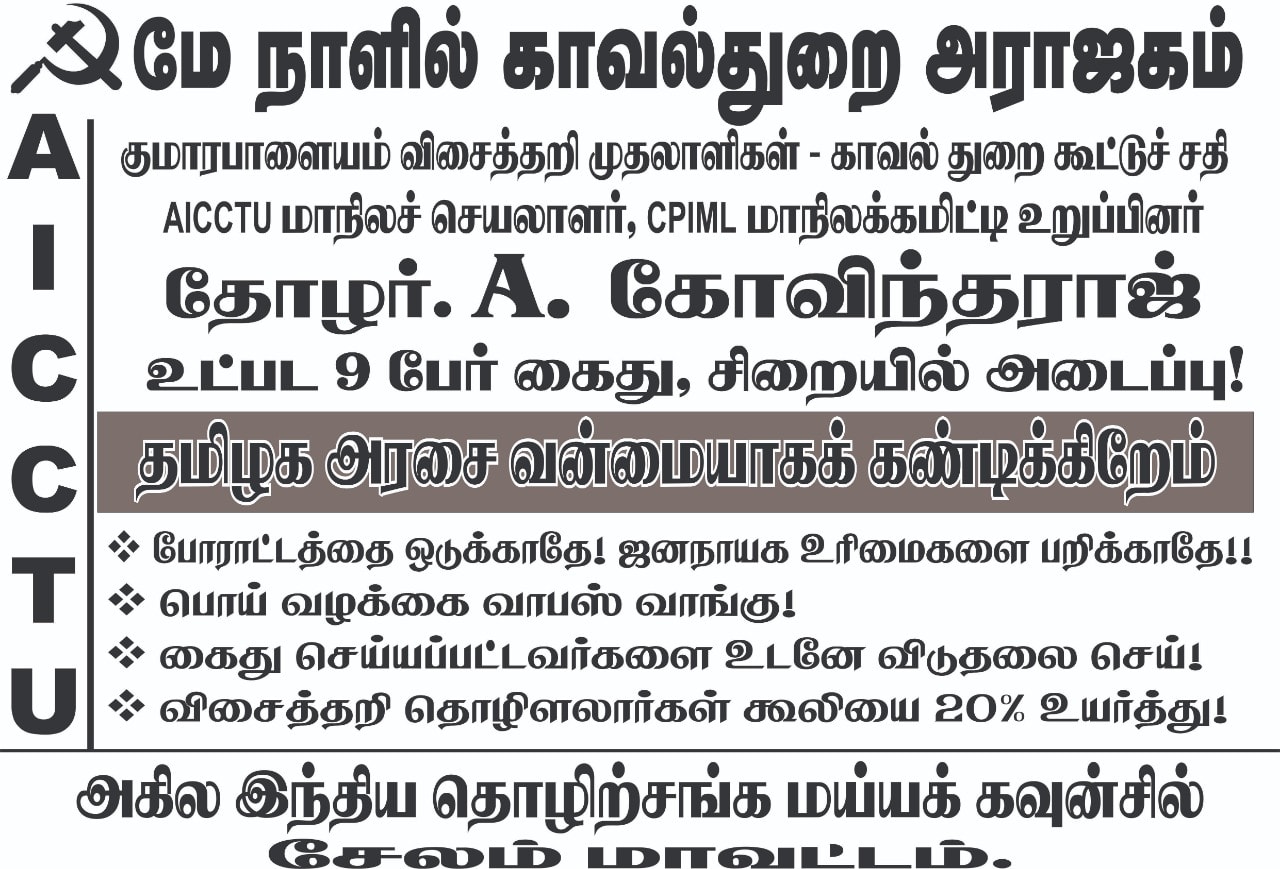