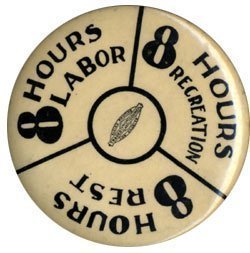 IT sector in India receives major chunk of its workforce from middle class and underprivileged sections of the society. In most of the cases, IT industry is the only source of jobs for graduates belonging to these communities. Resultantly, the aspiration for improving living conditions translates into commitment and dedication to work. Ambition and enthusiasm translate into longer working hours. Knowing this phenomenon very well, IT companies are making full use of it.  Starting from indirect manipulation by planting hopes about career growth to direct campaigning in the name of training programs, the maximum possible hours of life are sucked out of employees.

Though many companies has to follow 48 hours work week (8 hrs and 6 days per week), employees clocking more than 12 hours per day in up to a 7 days’ work week is very common in IT sector. The consequence of longer working hours is devastating both to the individual employees and to the society as a whole. Longer working hours has only proven to be counterproductive. Employees career growth are linked with performance measurements which is a non-transparent mechanism and has no links with working hours. Many studies have shown that there is no correlation between working hours and productivity as well. Thus, there is an urgent need to redefine what amount to working time form IT industry perspective and to fix a shorter work week as the industry standard across the IT sector.

In the early 20th century all the major economists, philosophers, sociologists believed that with the expansion of machinery we would be working less and less. Some even predicted 20 hours work week. They hoped that as productivity increases working hours would decrease. Productivity did increase exponentially over the last century. But working hours remained adamantly constant. Now that we are bracing up for the era of automation and AI, we are at a critical juncture to question if the Industry norm of 48 hours/6 days work week is appropriate.

Dutch economist and historian Rutger Bregman have been long advocating for a 15-hour work week.  American psychologist and Professor Adam Grant say that “We can be as productive and creative in 6 focused hours as in 8 unfocused hours.” A two-year experiment at a Swedish retirement home had found that reducing working hours to 6 hours for care workers reduces their sick leave, makes them feel healthier and improves the care they give to their patients. A similar experiment was successful in Iceland as well.  A New Zealand firm that trialled and later permanently adopted four-day working week. In another case, metal workers have won the right to a 28-hour working week in Germany.

An UK based think tank, in its report arguing for shorter working hours, claims that shorter working hours will benefit our society, our economy, our environment and our democracy. We will have more time to spend with family and to take care of household works which will help in the emancipation of women. More time for exercise, hobbies, passion etc. and less time spent in meaningless and unfulfilling jobs. More time to engage with social activities, become informed and campaign for change. It also results in work being more evenly distributed between people who are overworked and people who are underworked or underemployed. Shorter working hours helps the environment by providing more time to cycle and walk instead of drive or cook with fresh ingredients rather than buy energy intensive ready meals. And by helping to move away from a convenience-led consumption that is damaging our environment.

While such initiatives and discussions on minimizing working hours are taking place across the globe, India’s IT sector is lagging far behind. In addition to spending 12 hours at office employees spend a lot of their personal time as well in attending calls, replying mails, working extra hours from home, etc. Employees working such longer hours is claimed to be voluntary. But in reality, employees are coerced into working longer hours through measures starting from peer pressure to direct and manipulative threats about impacts on performance ratings. Time for commuting is another big problem that is seldom looked into. Considering tax benefits, availability of cheap land and free electricity, most of the IT companies are situated far away from the city. Consequently, employees are forced to spend up to 3 hours daily for travelling alone. Moreover, there exists a concept called, ‘On Call support’ in many IT companies as per which employees are required to be ready to work anytime on a holiday if the need arises. Consequently, a holiday becomes neither a holiday since no personal work should be planned on such a day nor a working day since the employee may end up not getting any work and thereby losing the benefits of working on a holiday. Employees are also asked to change their shift timings frequently disregarding the impact of such frequent schedule switches on their personal life and health.

These factors highlight the dire need to regulate and redefine working hours from IT industry perspective while standardizing 40 hours (8 hours, 5 days) work week throughout the IT industry. As per labour law provision, 1 hour break must be given after 4 hours continuous work. Break time is a mandatory requirement for human body and brain to function efficiently.

Though the world has started considering 30 hours work week as a realistic a policy tool to create a more sustainable working life and labour market, India’s political climate makes even a ‘40 hours work week’ to look like a utopian dream.  But the evolution of Automation and other new emerging technologies in service sector are making 40 hours work week not only workable but also necessary.

— Written by Vins, An IT worker