Today in Chennai, the fact finding committee over the TCS layoffs issue released the report comprising its findings, conclusions and recommendations and addressed the media in Chennai Press Club.  The fact finding committee comprising  senior journalist, academician, legal expert and labour rights activist, was instituted with the request of the Forum for IT Employees ( FITE). The committee had  collected the testimonials from the terminated TCS employees and other non-affected senior TCS employees in Chennai and from other cities through phone calls, Skype calls and emails. The committee concludes in its report that the evidences gathered by the Fact-Finding Committee clearly establishes that the ongoing restructuring is not a routine exercise, as TCS spokespersons are seeking to make out, but is a carefully crafted and implemented strategy to reduce its mid tier technical employees. The committee demanded the state to initiate a judiciary probe into the TCS layoffs and the violations of labour and human rights in the flexible firing policy adopted by IT industries.

The executive summary of the report is published below:

Following media reports that Tata Consultancy Services, currently the largest of the IT majors, was contemplating massive layoffs and concerns voiced by the Forum for IT Employees (FITE) over the company asking employees with performance appraisals meeting or even exceeding its expectations to leave, a Fact-Finding Committee comprising persons from different walks of life was constituted to investigate the truths behind the lay-offs.

Given the repeated press statements by TCS that the company was performing usual ‘involuntary attrition’ of non-performers/under-performers, our objective was to ascertain the profiles of terminated IT employees and their performance records while employed in TCS. Further we have evaluated the performance appraisal policy and practice in TCS and if the performance appraisal is fair and is it fairly applied? The committee has also examined applicability of labour laws and labour rights in IT industry given the flexible firing policy adopted by the industry.

Towards this end, the Fact-Finding Committee recorded the testimony of over 20 workers whose services have been terminated and collected surveys from 130 employees. We have also gathered evidence from senior IT employees who had deeper insight to resource management aspects of TCS.

From these testimonies, we find that a certain mid level section of employees in TCS at designations AST and ASC with an experience of atleast 7 years in the industry and 4+ years of employment in TCS have been targeted for the involuntary attrition. These individuals have received performance grades which meet company’s expectations and have not been placed in any improvement plan as prescribed by TCS’s policy. Further we evince, that performance appraisal bands in tandem with promotions and other perks are arbitrarily awarded to keep a large section of employees satisfied and are connected towards remuneration scale only. We have also found the performance appraisal to be discriminatory towards women employees who are likely to take maternity leave and unable to work long hours and late nights, a phenomenon being normalized by software industries.  The performance appraisal and subsequent retrenchment process with an absence of effective grievance mechanism is a blatant violation of the core principles of Natural Justice enshrined within the Preamble of the Constitution of India.  We deplore the lack of sensitivity by TCS in not only terminating the employment of the workers but labelling them as non-performers and thus creating impediments in future employability of these workers.

Evidence gathered by the Fact-Finding Committee clearly establishes that the ongoing restructuring is not a routine exercise, as TCS spokespersons are seeking to make out, but is a carefully crafted and implemented strategy to reduce its mid tier technical employees.  Given the age and experience of these workers, they were experiencing a steady monthly income for some years and had made long-term financial commitments. Several employees were single member earning households and the sudden termination of service has completely upset their family budget. Given the sluggish labour market for this category of IT professionals and non-performance tag, finding suitable employment for these engineers is bound to be nightmare.

In the circumstances, we urge TCS to urgently review the decision to undertake large-scale retrenchment of middle-level employees. If, indeed, there is a case for restructuring of the staff pattern, the Company must do it in a transparent manner, taking the staff and government into confidence. In particular, it must remove the ambiguities in the performance appraisal process and make it fair by putting it on a scientific basis. The employees must be provided reasonable opportunities to make representations against any perceived injustice in their appraisal.

The State, which has a responsibility with regard to employment and labour welfare, must not remain a silent spectator in face of large-scale unjust retrenchment in a major industry. We appeal to all state governments concerned to intervene quickly to safeguard the interests of TCS employees; especially since there is an imminent risk of other employers also resorting to similar action (We draw attention to the imminent layoffs by IBM in media).  We demand that the state initiate a judiciary probe into the TCS layoffs and the violations of labour and human rights in the flexible firing policy adopted by IT industries. We recommend constitution of permanent tribunal for knowledge based industries including IT, ITES, BPO call centres etc which must review the exemptions provided to the IT industry from certain labour laws with a view to protecting the legitimate interests of employees in this important sector.

In view of the fears and concerns of IT employees about the NASSCOM skill registry, the state must examine the violations of privacy of IT employees and must consider the possibility of establishing a mechanism, similar to that of employment exchanges, to cater to the needs of IT employees. 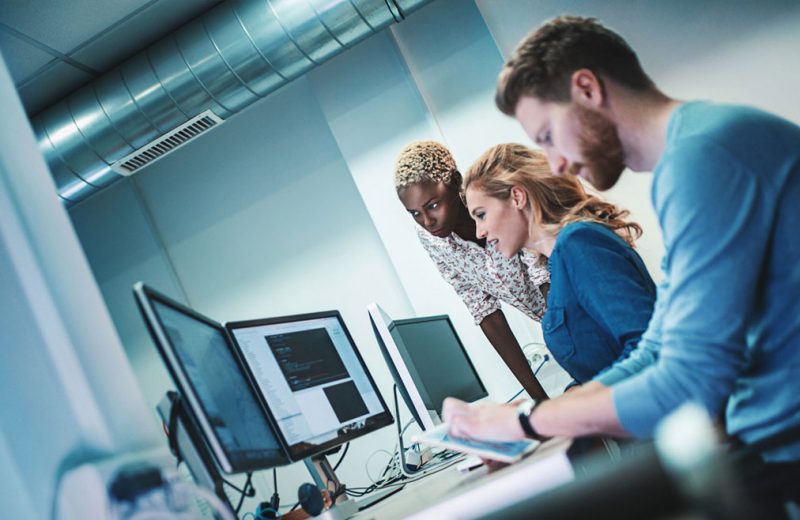 FITE – Charter of Demands – IT and ITES Employees

DLF – Truth will find its way out eventually