FITE will continue the struggle against TCS ‘layoffs’

Forum for IT Employees (F.I.T.E.) was formed by a group of IT professionals to bring together employees of various IT and ITES companies in the last week of December 2014. The forum works as a platform to speak out for the welfare and rights of IT and ITES employees of India. Currently, the forum is working against the unethical terminations happening in TCS, across India.

Tata Consultancy Services (TCS), a pioneer in the Indian IT sector has its presence not just in India but in various countries throughout the world. In the first week of December 2014, the news reports that this company is going to restructure the company and it could affect 25000 of its employees in the name of ‘work force optimization’ and ‘restructuring’. The targeted employees for this exercise are in the category of more than 7 years of experience and they hold the posts of Assistant Consultant (AST) and Associate Consultant (ASC). Those who were hailed as the Pillars of TCS then are now being expelled with the label of ‘underperformers’. The affected TCSers who approached us quoted that the HR manager cited more ‘C’ grades in the last three appraisals. We have also received reports that the employees in on – site overseas and with ‘A’ and ‘B’ grades too got affected in this termination drive.

As these terminations are being happening across India, FITE decided to set up a country wide network of IT/ITES employees and hence about seven FITE members from Chennai travelled to different IT cities like Hyderabad, Kochi, Mumbai, Pune , Kolkata and New Delhi to set up region based FITE Chapters.

Our Chennai member, Ms. Priya (name changed) filed the writ petition in the Madras High Court on January 13, 2015 , seeking the immediate commencement of the conciliation under the IDA and restraining the TCS on her termination till the resolution of the conciliation. The Honourable Justice M.Duraiswamy issued an ad-interim injunction order for the four weeks on the same day. This interim relief gave a ray of hope for the thousands of IT employees in India.

On January 19, 2015 , TCS Counsel filed the counter affidavit seeking the dismissal of the writ contending that the petitioner is a Managerial employee and not a ‘workman’ under the definition of the Industrial Disputes Act and refuting all other claims of the petitioner. However, on the following day , the TCS counsel submitted the Court that TCS is revoking the termination order citing the Tata ethics of not terminating a pregnant employee. Hence, the court disposed the writ petition keeping all other disputes open. Now, she is back to the office as an employee again. This could be the first of the case where an IT employee fought back against the corporate in High Court and got back her job in India.

On January 20, 2015 , another FITE member filed the writ seeking the same in the Madras HC and TCS filed the counter affidavit seeking the dismissal of the writ on the same day. However, the Honourable Justice M .Duraiswamy admitted the case and scheduled the hearing on the next day.

The main point of contention was that whether the petitioner was a workman or does he belong to the managerial category.

Despite the stiff opposition by TCS counsel, the Honourable Madras High Court issued an ad-interim injunction order restraining TCS to give effect of its termination letter to a 36 year old male employee for two weeks in Chennai today. The High Court also directed the Labour Conciliation Officer to commence the proceedings related to the disputes raised by the petitioner under the Industrial Disputes Act.

Receiving the court directions, the Labour Conciliation officer III has scheduled a first conciliation meeting on February 5, 2015 in Chennai. Further legal actions will be decided later if the TCS go for appeal against the stay.

The Hyderabad High Court issued the directives to respond in the subject matter in two weeks. The outcome of the similar writ petitions filed in the Bombay High Court will be known in next week.

On January 15, 2015 , the TCS CEO Mr N.Chandrasekar and Global HR Head Mr. Ajoy Mukherjee denied about the massive ‘layoffs’ of about 25000 senior employees but told the reporters that only 2574 employees were sacked from April – December 2014 including 1000 in India. The above count for the ‘involuntary attrition’ is not completely true and it does not include the forced resignations and forced project de-allocations of the senior employees. The other claim of TCS that those sacked are ‘underperformers’ is a complete injustice to its own long term employees and is baseless. Most of the terminated employees got the performance band of ‘C’ (which is meeting the company’s expectation as per TCS policy). We reiterate that number of employees terminated by TCS is very high not just 2574 and this is not a normal as claimed by TCS. We demand the TCS to release detailed report ongoing job termination of its own employees in black and white immediately.

The government should step in :

We call upon the Union and State governments to intervene in this matter immediately and stop this massive illegal job termination in TCS. We also demand the government to clear up the air about the applicability of the Industrial Disputes Act to the IT sector in India. This announcement will safeguard the welfare and rights of the about 32 lakhs IT/ITES employees.  Our online petition demanding the PMO to stop the terminations has been signed by more than 11500 so far.

FITE will continue the struggle till the justice delivered to the thousands of IT employees affected by TCS ‘layoffs’ .

We have been receiving the reports about similar retrenchments in other IT companies in Bengaluru and Coimbatore. We’ll look into that matter too after collecting more information about it. 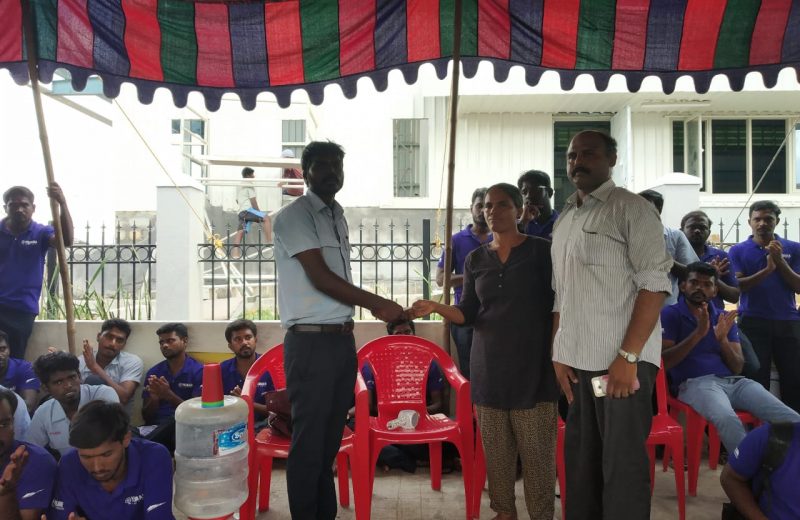