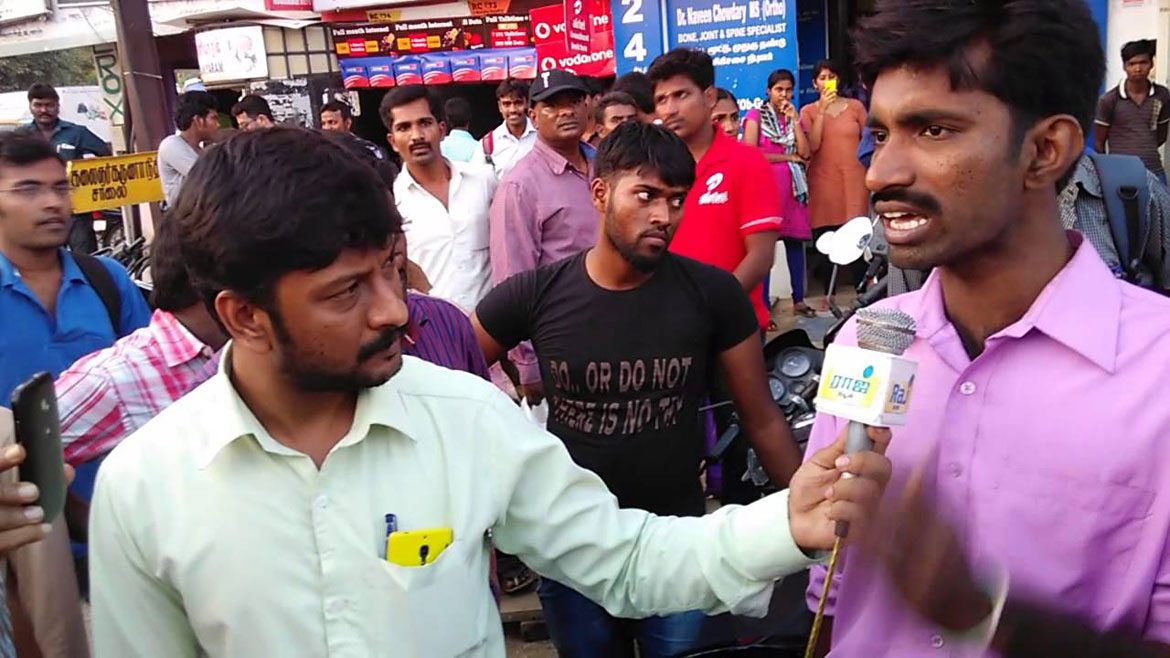 On the following day after the TCS revoked its termination of a woman employee citing her pregnancy and ‘Tata Ethics’, a writ petition filed by 36 year old TCS employee and another FITE member from Chennai, came for hearing before the Madras High Court on January 21,2015.

Senthil from the Forum for IT Employees (FITE) also present in the court room and witnessed the proceedings along with the petitioner.

The main point of contention was that whether the petitioner was a workman or does he belong to the managerial category.

The argument of the TCS was that, the petitioner belonged to the managerial category, and he could not be treated as a ‘workman’ and therefore this case could not be admitted under the Industrial Disputes Act, 1947. The organization also argued that the prima facie of the case itself is unacceptable. In the counter affidavit filed by the organization, TCS maintained that

However, the petitioner’s counsel argued that,

The counsel of the petitioner invoked Article 21 of the Constitution, which guaranteed fundamental rights, to assert the Right to Justice.

While it was also argued that the employee has worked for such a long period, for 9.5 years in TCS, and withholding the termination for two weeks until the dispute is solved would do no harm for the company, TCS vehemently opposed this and argued that this could serve as a precedent for other employees to take up the litigation process. Vardhan said, “This orchestrated litigation has caused a negative impression of the company,”

Hearing all the arguments put forth by both sides , the Honourable Justice M. Duraiswamy is almost decided to issue an interim stay order restraining TCS to terminate the petitioner for two weeks and direct the Labour conciliation officer to commence the proceedings. The Justice also mentioned that the granting interim stay could not be considered as the acceptance of the petitioner as a workman under the definition of IDA.  The judgment is expected to be given today ( 22 Jan 2015). Let’s hope for the best.

FITE’s struggle for the justice of the terminated TCS employees does not confine within the court premises. A Human chain protest against the TCS ‘layoffs’, organized by FITE, was held in Bengaluru yesterday in front of the TCS office in Whitefield. More protests, demonstrations and public campaign are being planned in coming days.